March Madness lived up to its name 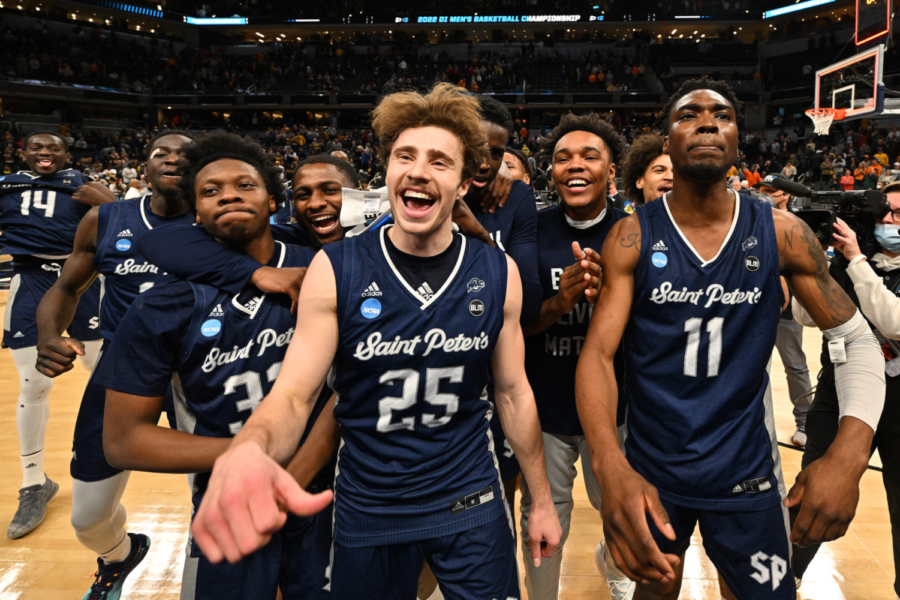 March Madness is ALWAYS madness, but not like the 2022 edition.

A North Carolina team that looked destined to watch the tournament from home came one shot away from winning the men’s national title.

With a first year head coach.

South Carolina also made it to the women’s national championship, taking home the title, making it a good day to be a Carolina fan!

Men’s and women’s March Madness tournaments did a lot more than this though!

Men’s Elite Eight history was made when the Saint Peter’s Peacocks from Jersey City, a 15-seed, got there by beating Kentucky, Murray State, and Purdue.

On the women’s side, UConn continued its usual tournament dominance, running Indiana out of the gym in the second half of the Sweet Sixteen and then proceeding to take down two top-seeds in a row, NC State and Stanford, to make it to the national championship.

Miami represented the second double-digit seed to make the Elite Eight after the 10-seed beat USC, Auburn, and Iowa State to make it there.

Creighton, a 10-seed, beat Colorado, Iowa, and Iowa State to get to the Elite Eight, to create another special Cinderella run for the March Madness landscape.

The defending champion Baylor Bears stormed back against North Carolina to tie the game in the Round of 32, but couldn’t get the job done in overtime.

Three of the four #1 seeds were eliminated before the Elite Eight.

Coach K and his Duke Blue Devils had a magical final run together, culminating in a West regional title.

The usual 12-over-5 upset came, with New Mexico State taking down Connecticut.

The aforementioned South Carolina team arguably had the toughest road to a title.

They played a red-hot Creighton team, battled four teams with a seeding less than 10, and had to battle through the tournament kings, the UConn Huskies, to win the title.

Let’s not forget the Kansas Jayhawks, the men’s champion, who had to also play a red-hot team in the championship in the Tar Heels, had to fend off perennial power Villanova in the Final Four, and had to endure some close games earlier on in the tournament.

A lot more occurred during this tournament, and clearly if I listed it all this would be a stinking long article.

So, I am going to leave you with this:

This March Madness truly WAS madness, and it is so awesome we were able to witness it.