Trojans cruise through first round 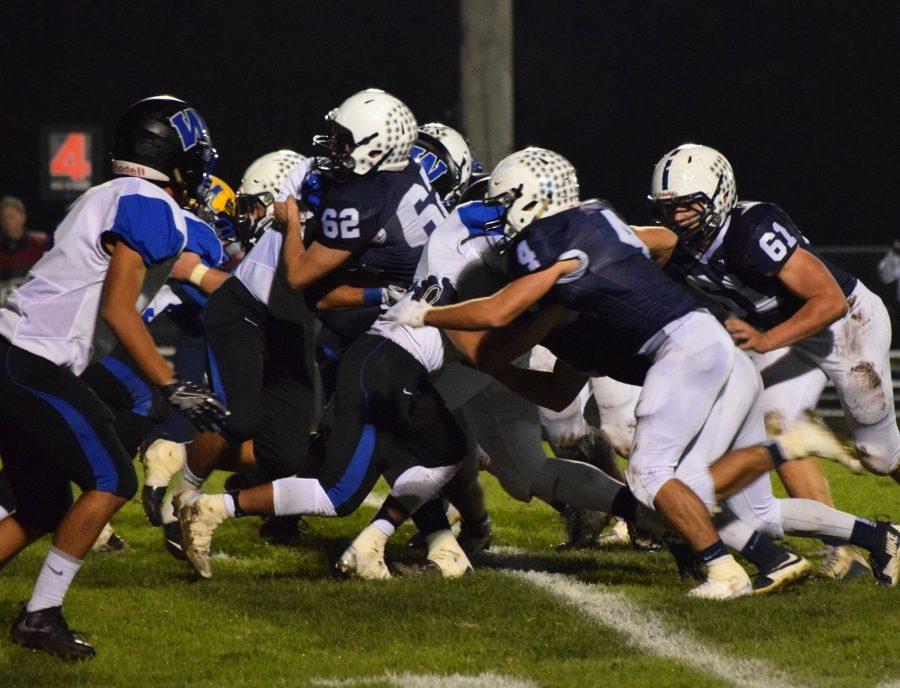 The stadium was buzzing after Cary-Grove got its first playoff win of the season. After scoring four touchdowns in the first half, the Trojans coasted to victory, winning 34-8.

Cary-Grove capitalized on a Wheeling special teams error, leading to a Tyler Pennington touchdown. The Wildcats from Wheeling had many incompletions in the first half, leading to several punts and turnovers.

The Trojans, after a week of hard-work, were well-prepared for the Wildcats.

“We have just been doing the same thing we have been doing all season,” junior Garrett Ostlund said. Ostlund is on the offensive line and has been playing with the Trojans since sophomore year. “We take it day by day and step by step.”

“Every game, you just keep getting better,” senior Kyle Pressley said. Pressley had a touchdown in the second quarter and several big runs. “We are learning to become more disciplined.”

Cary-Grove was aided by their superfans, who always show great school spirit. Friday was Cubs themed in honor of the Cubs’ World Series appearance. The stands were filled with red and blue and many “W” flags.

“It’s just a great atmosphere. I love being here,” junior Matt Poole, a superfan, said. The fans were obviously happy with the victory Friday and they showed it.

“We’ve got a great community, great tradition, and most of all, a great football team,” freshman Gio Lanera said.

As a reminder of a potential semifinal matchup, the Prairie Ridge varsity football team was also in attendance for the game. Sitting on the visitors’ side, fans couldn’t help but notice the Wolves cheering on Wheeling. C-G faced the rival Wolves in the season opener, losing 26-14.

The Trojans have won 13 consecutive first-round playoff games. With a great program and great support, the Trojans are bound to go far in this year’s playoffs.