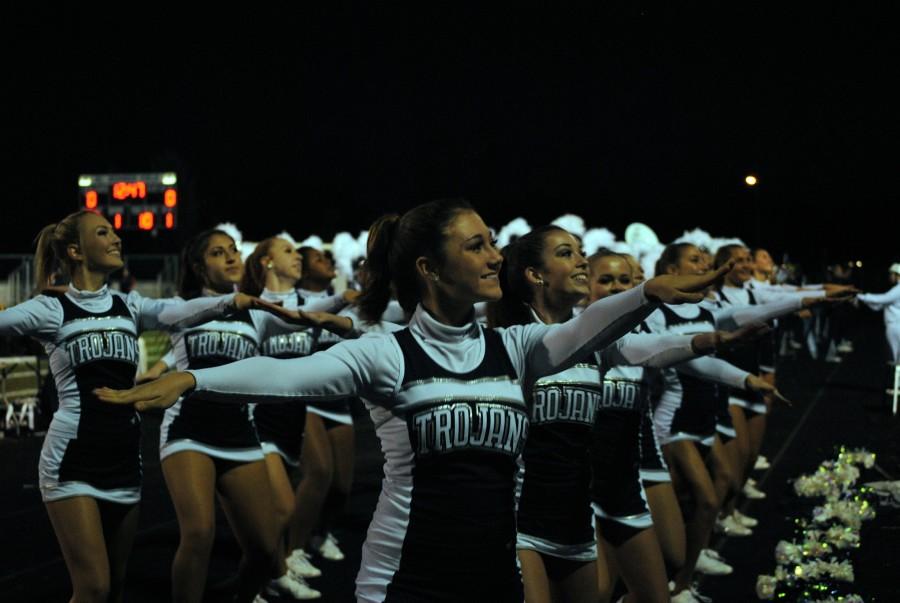 In the fall, the Cary-Grove Poms are most visible at halftime during football games. But now that the football season has come to end, the Poms are ready to start competing on their own.

They have had two competitions so far, both of which they have done well in. On November 8th, the Poms took third out of seven teams in their first competition. In their second competition, on November 21st, they took tenth place out of twenty-one teams.

This year, the girls are trying something different by doing a lyrical routine.

“Usually we do a pom routine, so this is really different for us, but it seems to be going well,” Emma said.

They also have a new coach this year, Lauren Blane, who is a competition coach and choreographs the routines for the girls.

The girls won’t rest on their early success between now and their next competitions. They plan on changing some of the routine and adding four more girls to the routine to compete, bringing the total to 20, since not all of dancers are on the floor during their performance.

The Poms will next compete on Dec. 6 at the Crystal Lake Central invite.