After attack on nation’s capitol, what now? 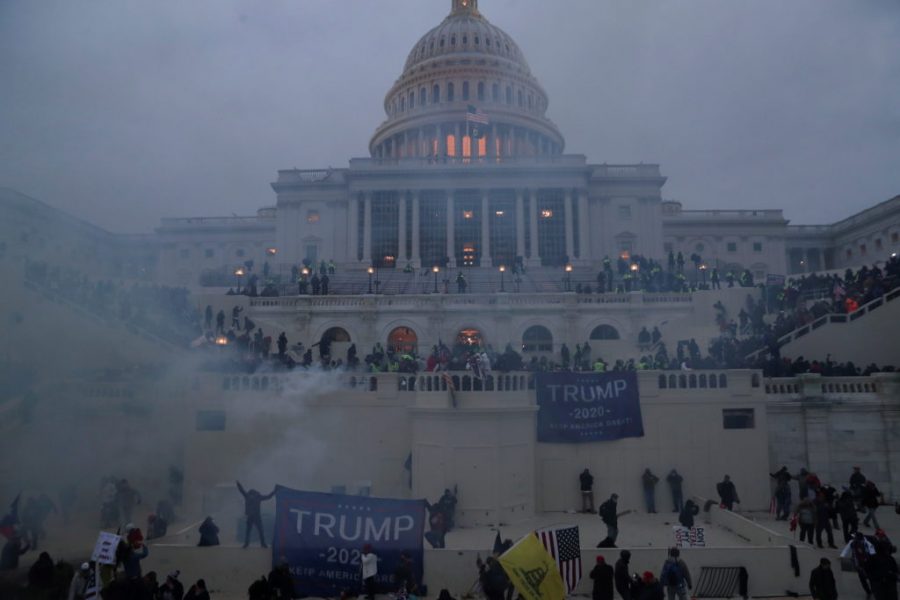 On January 6, 2021, members of Congress gathered in Washington, D.C., to certify the electoral college votes, a final step in declaring Joseph R. Biden the next president of the United States.

This process is a formal certification of the election results and one that has been taking place since 1804, but on a cold January morning in Washington, D.C., a storm was brewing — a storm that would bring this democracy to its knees.

Crowds began gathering in front of the White House early in the morning on January 6 in anticipation of President Donald J. Trump and other allies making an appearance.

The speeches made by the president and others close to him, such as his son Donald Trump Jr. and Rudy Gulliani, were filled with talk about how this election was fraudulent and how the election was stolen, all baseless claims. When President Trump took the stage he continued the election rhetoric, and pledged to his supporters that he would march to the capitol with them.

March they did, but President Trump returned to the White House as his crowd of supporters continued their march to the capitol. The protest appeared peaceful as they first arrived, but things took a drastic turn in a matter of minutes.

Peaceful protests turned violent as pro-Trump supporters charged after capitol police and minute after minute continued to break police lines as they inched closer to the capitol. Around noon EST. rioters breached the final police line and made their way onto the capitol’s steps.

The heavy main doors of the capitol were closed right before they made it on the steps, but that was too little, too late. Many rioters smashed windows and broke open secondary doors to enter the capitol. As pro-Trump rioters made their way into the capitol, walking down prestigious areas such as statutory hall, they displayed an image more often seen in dictatorships than our democracy.

Scenes of tear gas being deployed in the rotunda of the capitol, guns being drawn on the House floor, and senators and representatives wearing gas masks left many Americans reflecting on the country they live in. Five Americans dying on capitol grounds in an attempted insurrection shows just how bad the political polarization has come to in this country and shows just how much needs to change.

The future of the country is scary right now, and many things are still unknown on how these upcoming weeks will turn out. Things are rapidly developing by the minute and what we know right now may be much different by tomorrow. This is a time of great reflection for every American, as we continue to grapple with one of the darkest days of American history.