A millenial’s reflection on 2016 deaths 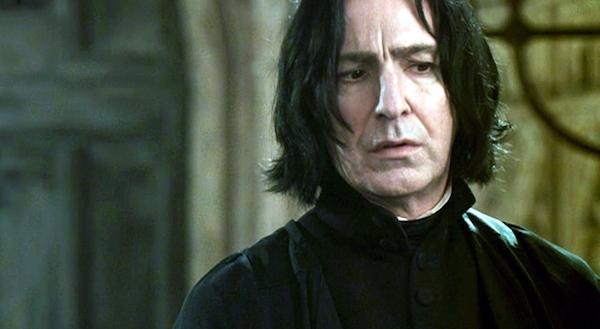 2016. All over. With the year finally gone, one can truly look back at all of the accomplishments mankind has pushed forward, at the tragedies that have impacted us all, and choices and shifts in power that will truly impact the following – I mean, current – year.

But, while looking at these things may seem to be on many people’s minds at the moment, one must not also forget another very important feature of last year: 2016 truly was ridden with the deaths of many, many beloved individuals.

Here are three of the many who have sadly died who impacted us students more than anything — losses that we millennials have particularly felt with the passing of these heroes of film.

Alan Rickman, or “Professor Snape” as many fans know him, died on Jan. 14 from cancer. For people of our generation who grew up on Harry Potter, the loss felt personal.

“I always called him ‘The Professor’ when I was talking about him,” freshman Christian Morek said.

Rickman, in addition to creating many memories for Harry Potter fans, was a widely acclaimed British actor who earned multiple awards in his line of work. Starring in many memorable movies, including Die Hard, The Hitchhiker’s Guide To The Galaxy, Love Actually, and the Harry Potter franchise, he touched many viewers’ hearts by making the characters he portrayed seem realistic and relatable and, in doing so, transfixed the audience and his fellow actors.

Working his way to the top, Rickman came up through the theater route. First starring in the Shakespearean plays The Tempest and Love’s Labour’s Lost in the Royal Shakespeare Company, he worked his way up to his shining role as Le Vicomte de Valmont in “Les Liaisons Dangereuses.”

There, people started to notice his unique talent and he earned a Tony Award nomination. That led him to his now star-studded film career, with him receiving his first role as Hans Gruber in Die Hard. The rest from there is just history, with many more famous roles landing on his doorstep. He will surely be missed by both fans and critics alike.

“A film, a piece of theatre, a piece of music, or a book can make a difference. It can change the world”. 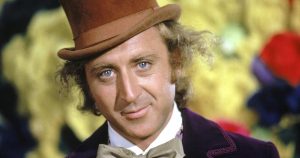 Gene Wilder, or Willie Wonka as many know him, died on Aug. 28. He, too, will surely be missed like the many others who died last year.

Starring in many roles, he was a extremely talented actor who constantly provided stunning character and charm in his work, creating a staple in the book-to-movie genre as our beloved chocolate-maker Willy Wonka.

After a childhood filled with complications with his ailing mother, he soon sought to find the joy in making people laugh, and, in doing so, strove to become an actor. After his first performance as Balthasar in a production of Shakespeare’s Romeo and Juliet, his direction into becoming a star only went upward, leading him to change his name to Gene at age 26.

From there, he soon received a minor role in the movie Bonnie and Clyde, and then starred in the box office flop that was The Producers.

While his participation in this movie may look like a failure, it was the complete opposite for him; for his work in it, he received an Academy Award nomination for Best Supporting Actor, and the movie became a cult classic.

With this, he soon earned roles in several comedies, and, with his popularity, landed the role of Willy Wonka, which is still to this day his most well-regarded role in the movie industry.

“Gene always made me think of how wonderful the worlds of imagination could be for me,” freshman Daniel Boldt said.

Gene brought magic to the screen, adding charm back to the silver screen. May he rest in peace.

The last person on this list concluded the year as well as a chapter in the lives of millenials and Star Wars fans. Carrie Fisher was a lifelong activist for women’s rights, a leader for change, and an all-around genre-bending “force,” if you will. Our Princess’s loss shocked everyone who is a fan of both her activism and of her many movies.

Carrie, the daughter of Debbie Reynolds (who also died only a few days after her daughter) was born into fame; unlike others, however, she used this star power of hers to push for equality for her fellow women in the movie industry.

Being as powerful as she was in the hit Star Wars franchise, she inspired both men and women into adding more empowering roles for women in the movie business and in the world. She had a definite impact on old Hollywood, opening more roles for women and pushing for the kinds of movies we see today.

Growing up in stardom had its vices, however; in the spotlight, she coped with both drug and alcohol abuse and required therapy for both issues on multiple occasions. However, she also wrote multiple books on her life and struggles, the most recent being “The Princess Diarist.”

Looking back on her fame, she shared her feelings and experiences and, while doing so, taught us all a lesson on what being on the top can do to an individual. She was a definite example to us all, showing us that one can always rise from the fall.

“Fisher pushed for something that we girls have never truly seen before: a strong female image” in the movies, sophomore Emma Dahl said.

“There is no point at which you can say, ‘Well, I’m successful now. I might as well take a nap.’”

The people mentioned on this list were all amazing individuals in both film and life. With these losses, we now must move along to the future to see what is to come, with the memories that these greats have placed in us constant in our minds.