Biden is declared the president-elect. Where do we go from here? 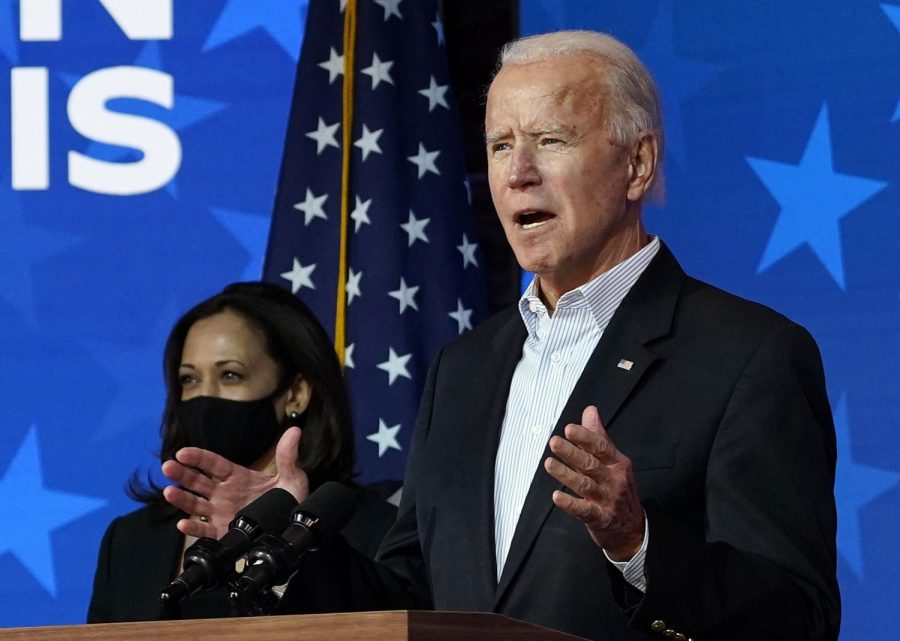 November 3rd, 2020, a night that felt like eternity — a night that would extend to a couple of days and then into a historic week, one that many of us will remember for the rest of our lives.

It is the first time an incumbent president has been unseated since George H.W. Bush, nearly three decades ago. This election saw a turnout of more than 160 million voters and could be the highest turnout election in more than a century.

I write this on a Sunday evening, a day after Joseph R. Biden was deemed the winner of the 2020 presidential election, and I think to myself – will anything really change?

The Biden-Harris ticket will be one of the most historic in all of American presidential history. Kamala Harris will be the first woman and first black and South Asian vice president, which comes closer and closer to breaking that glass ceiling that Hillary Clinton failed to shatter four years ago. Biden will be the oldest president elected to office at the age of 78 years old and will be the second catholic president in American history.

This ticket is more than just the cultural and ethnic identity of the candidates, however. It was a ticket which promised to restore the “Soul of the Nation” in hopes of bringing America back to the place it was before Donald Trump was president.

Biden has said that he would halt deportations for 100 days when he is inaugurated and ensure DACA (Deferred Action for Childhood Arrivals) is kept intact. He has proposed one of the most progressive climate action plans in modern history to attempt to slow the effects of climate change. Perhaps the most important plan is Biden’s national COVID-19 plan to expand testing nationwide, pressure governors to enact mask mandates, and make a vaccine distribution plan.

When considering the effectiveness of his plans, it’s worth noting that Biden’s record isn’t a perfect one. He was a part of an administration that deported millions of immigrants in his eight-year tenure. When Biden was a senator, he signed the “Crime Bill” which led to the mass incarceration of hundreds of thousands of predominantly black and Hispanic men. A key distinction many point to is that Biden has taken responsibility for his past actions and has acted to fix them, which is something Trump has not done much of.

The Trump Era was one that started with a virtual Muslim ban, not condoning white supremacists quickly enough, and lots of anti-immigration rhetoric and actions — specifically the Trump administration’s immigration policy that separated migrant mothers and fathers from their children.

Trump supporters can look past these actions and say that, prior to COVID-19, Trump delivered us one of the strongest economies and that he has delivered record unemployment for African Americans, Hispanics, and women.

This election was clearly a referendum on Trump more than anything. These past several months have brought us the coronavirus pandemic, racial injustices, and the downfall of our economy. The election hinged on how voters viewed the job Trump has done in the past four years and, specifically, the last couple of months. At the end of the day, Americans delivered their verdict and it appears that a majority of the country has said it’s Trump’s time to go.

The results can tell us one thing for sure: this was a close election and we as Americans are clearly as divided as we were four years ago. If you take a deeper dive into the results, it tells an even bigger story: the political process is failing Americans. According to a Pew Research Center article, America’s voter turnout in presidential elections is one that trails most developed countries.

There is no simple answer to how this country will fundamentally change with Joe Biden being the next president. This country is still greatly divided and many everyday Americans feel more and more isolated by the political process. One thing is clear: no matter who is the president, at the end of the day, we are all Americans, and that is something we as a country must always remember.