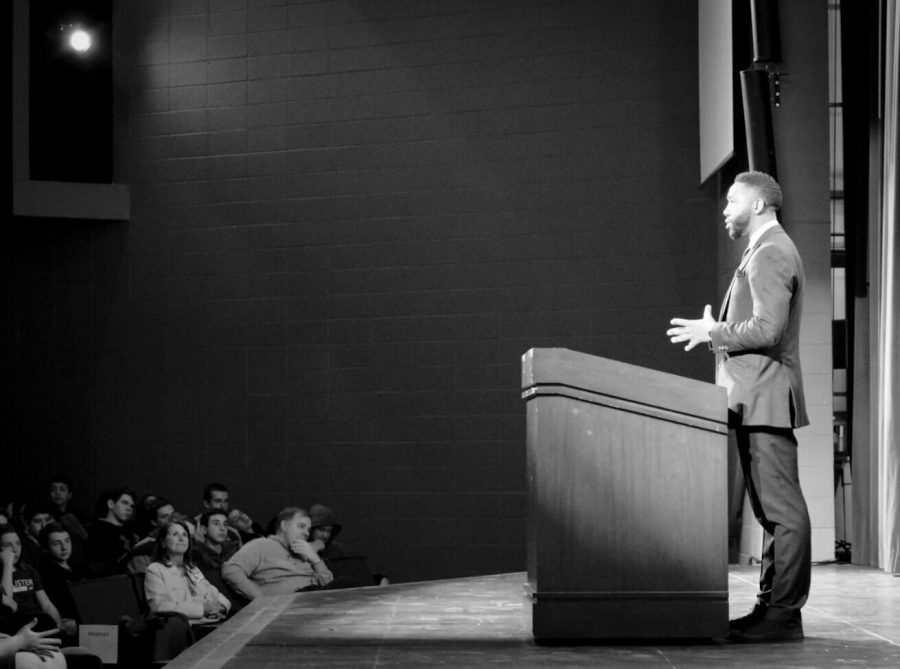 Nelson Mandela was one of the most influential people in the world. He started the fight for equality in South Africa, much like Martin Luther King Jr. did in the United States. Now, his grandchildren are trying to carry on his legacy of equality.

Ndaba Mandela was raised by his grandfather Nelson. This had a strong influence on the direction his life took. To this day, Mandela is highly involved in South African politics, and he recently spoke to D155 students to share his experiences and vision for the future.

He is extremely learned on all the key political topics, and, surprisingly, South Africa and the United States aren’t all that different.

South Africa, much like America, is experiencing xenophobia and attacks based on this philosophy. America has almost 12 million undocumented immigrants. This group of people have been experiencing increased hatred from white Americans.

This is very similar to South Africa. There are two million immigrants from Zimbabwe in South Africa, and they are experiencing the same level of hate simply for their nationality.

Of course, America has also been dealing with controversies surrounding black communities here. Taking Chicago for example, there are a lot of poor neighborhoods with a majority of black residents, giving them this racial stigma of violence and poverty. South Africa is the same way, with poor communities filled with blacks who are being stigmatized the same way.

The most obvious difference between our countries was the way we respond to our unpopular leaders. Instead of complaining pointlessly about his leader, Mandela had productive ideas on how to combat issues that weren’t being addressed in his country.

Mandela’s goal for poor communities is to bring about their prosperity. He suggests building facilities, like activity centers for children, and starting programs like the Boys and Girls Club.

Obviously, these solutions can be applied to American society as well. These are solutions that could be put into place in Chicago.

“Activism starts in your own community,” Mandela said.

We live in a polarized country, but we aren’t the only country struggling with this right now.

“There’s a cry out for leadership,” Mandela said. “I have to stand up. It’s my obligation.”

As the rising generation, we also have an obligation to stand up for injustice and inequality.

Mandela articulated how the youth in South Africa were indirectly starting the protests on issues that they found important to them. He made the point that the youth are what empowers a community to take action.

“As a new generation, they have new challenges,” he said.

Here in the C-G community, we can all feel pretty small, making challenges like these look that much bigger. But history has proven again and again that huge movements of equality and justice start with seemingly insignificant people. As Mandela would say, now is the time that we need to stand in solidarity and unity to find peace in our nation and throughout the world.