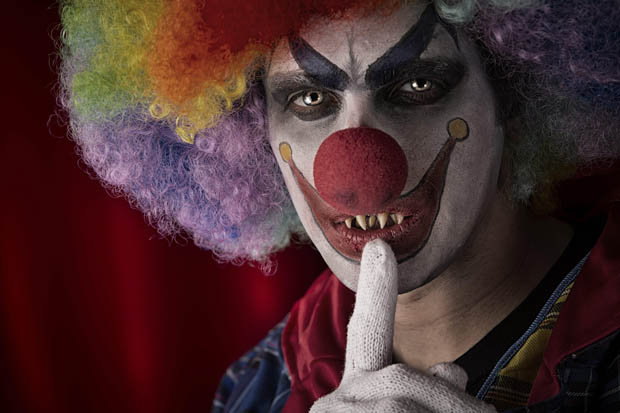 Throughout history, clowns, who are supposed to be sources of joy and entertainment, have been seen as a source of pure terror. Clowns have starred as antagonists in horror movies as classic as Stephen King’s It and in comedies such as Zombieland. In recent times, however, the clammy gut-wrenching fear that clowns tend to cause may have become less fiction and more reality.

On October 5th, an email was sent out to all the parents and/or guardians of D155 students about inappropriate dress for school. In said email, students are reminded not to wear anything that covers their faces.

There is also brief mention of a post on social media pertaining to Prairie Ridge that used the word “clowns.” This vague email sparks more questions than answers and even mentions that both the local police and FBI were contacted about the post.

The “Clown Craze” originated in South Carolina and has since spread throughout the country causing mass paranoia, according to a Time Magazine article. Students there reported sightings of clowns attempting to lure children into woods.

In fact, CNN reports they have also “chased people with knives and machetes and yelled at people from cars.” As of now, as many as 40 states have allegedly sighted sinister clowns. There has even been footage taken in several states of the clowns in question.

“It’s like the creepy new trend, it just takes one stupid person to get a bunch of other people doing the same stupid thing,” sophomore Sara Pokorny said. “Yeah, it’s not right and illegal, but it will probably eventually die down.”

Social media accounts with names related to clowns have been claiming that they will commit school shootings and other acts of terrorism. Children as young as ten years old have been arrested for making threats of violence linked with clowns toward schools. What was once an innocent part of entertainment has become a symbol of terrorism.

“10-year-olds getting arrested? That’s a little harsh when they’re kids and don’t know any better,” sophomore Claudia Petit said. She went on to talk of her concerns about these individuals “ruining little kids’ Halloween.”

Across the country, students, primarily, have begun to respond to the craze by going “clown hunting.” Some do so with the intent to harm clowns or to detain them until police arrive. Others just seek to catch them on film to post to their accounts on social media. So far no one has been injured.

“It’s scary and I want to think it’s fake, but there’s lots of personal accounts of it so instead I’m just going to pretend it’s not happening,” junior Anthony Zavala said.

On October 15th, there will be a march in Tucson, Arizona. The goal of this group is to prove that clowns are not in fact terrorists, but decent people making a living through a time-honored form of entertainment.

The mass hysteria is predicted to die down soon. Hopefully, before there is any serious damage done.