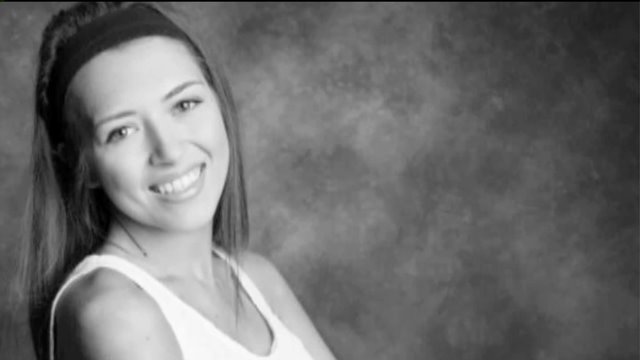 With the turn of a new year came mixed feelings from the Cary-Grove community — one of our own, Haley Lichter, was battling brain cancer.
In the months leading up to the holidays, humanities teacher Mr. Chad Neff found a way his class could make a difference through something as simple as a classroom project. Spurred on by an idea from senior Jake Spoeth, Mr. Neff’s humanities class went on to conduct a fundraiser for the Lichter family.
“It was obviously a big blow to anyone, considering an actual C-G graduate was going through such a horrific event,” Spoeth said. Spoeth was the first person to actually contact the Lichter family after proposing the event.
“Misty [Haley’s mother] was totally all for the idea,” he said. “I got the best feedback from such a nice lady.”
In the weeks to come, Mr. Neff’s class hunkered down and started preparing for the two-hour event.
“There was so much to be done in the event,” Mr. Neff said. “Every student was divided into groups that would form their own stations at the event.”
The event included both slides and games that ran in the lower gym of Cary-Grove to help promote the fundraiser. Each student was graded on their effort and creativity pertaining to this event, but to Spoeth and Mr. Neff, the event became so much more than just a classroom project.
“The class went above and beyond,” Mr. Neff said. “Days were spent just working on this fundraiser alone in class.”
Come the day of the event, Spoeth, Mr. Neff and the rest of the humanities classes manned their stations and prepared for visitors. Within minutes of opening, the event generated a great turnout.
The highlight of the event came with the appearance of Haley herself.
“It was amazing to see Haley at the event,” Spoeth said. “It seemed like she had a great time.”
Haley went on to stay for the entire length of the event, smiling and chatting with many of the humanities students.
All in all, the event turned out to be a major success, with donations that blew past expectations — $7,000, to be exact.
“Honestly, I was surprised when I saw all those kids helping,” Spoeth said. “I was surprised at the amount of people going above and beyond.”
Although Haley would pass away a month after the event, she will not be forgotten — and according to Spoeth, this event will not be a one-time deal. It just goes to show that there is that sense of dedication in everyone, dedication to do much better things.