A journey into tech minimalism 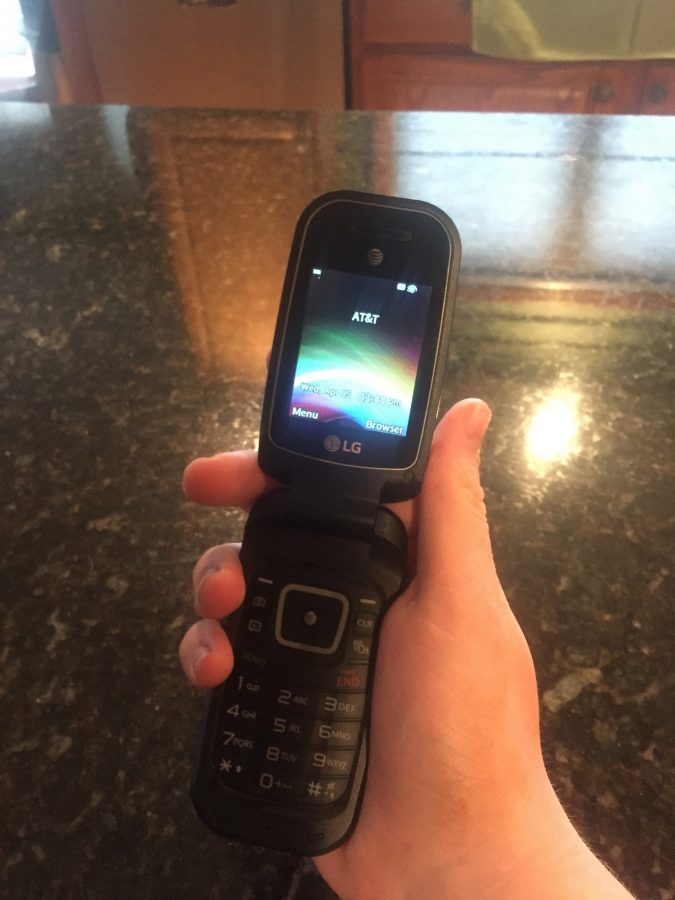 The idea of being without a smartphone is a nightmare that many of us cannot bear to think about. We often caress them like small infants, making sure that they are within reach at all times. We have become so attached that we often go to sleep with them on our pillows or bedside tables. Many of us are increasingly feeling the pressure to be constantly connected to the digital world and social media for fear of missing out and consider phones a modern-day necessity.

There is no denying that dependence on our personal tech is at an all-time high. As I discussed in a recent article, this fast-growing media will shape our lives – and our future children’s lives for better or worse in the coming years. What will happen to us as a society is a loaded question that I ponder about frequently.

While in this mindset, I happened to come across a new ideology that has been spreading across the nation and the world: Minimalism. It comes from the book “Everything That Remains” by Joshua Fields Millburn, and also from Ryan Nicodemus and others who call themselves “Minimalists.”

Minimalism seeks to combat the surge of “clutter” that causes distraction in our lives. These individuals ask if what they are buying is adding value to their lives in a positive way, and, in doing so, choose to discard those possessions that are deemed unnecessary. The Minimalists suggest tossing these things aside, to declutter, simplify, and to live life as freely as possible.

What caught my attention were their views on cellphone usage: that one should try to engage and be present in the moment. The novel idea of experiencing life without looking at a screen, constantly checking for updates and notifications. To look up and absorb our surroundings and live in the moment. Is this new idea of living a fad? Or is it the answer we have all been waiting for?

After reading bits of their book and watching their documentary (which is on Netflix if you would like to check it out), I decided to embark on an experiment to push aside my old ways and try to live without social media for one month, with only a basic flip phone as a means of communication.

Was it worth it? Doing so was a very interesting but often painful experience.

Fresh out of spring break and entering the month of April, I lie here a changed man… with a different perspective.

Here is my story.

I started the month volunteering as an announcer for Cary Grove Basketball Association’s All-Star Weekend. I soon felt the effects of being disconnected to the tech world. As the game was played, I relied on my smartphone the first day to access music on YouTube for the kids, especially their entrance music (it IS tradition for them, after all).

However, on both the second and third days, with just a flip phone, I soon experienced how rapidly our world has been shifting technologically. I had an MP3 of the entrance music, but there was no socket for it to be plugged into. I soon had to rely on sophomore Olivia Harrington’s phone for the children’s entertainment.

From then onwards, things ran smoothly, but I had a new realization of how things would be. Not having access to music would be absolute torture for a whole month!

This was just the beginning. I soon found that texting was no longer enjoyable — in fact, it became a major hassle with a flip phone keypad. This forced me to call everyone I wanted to communicate with. As it is the norm nowadays to text rather than talk, I am not saying my friends and I had forgotten how to verbally communicate, but many awkward exchanges ensued.

The phone soon lacked many things that I happened to enjoy using on a daily basis, too, resulting in much stress. After completing the dreaded To Kill A Mockingbird test that my classmates and I had been working on throughout third quarter in Mrs. Nelligan’s class, I pulled out my phone to check Skyward, forgetting that I no longer had the capability, and instead saw a screen with nothing but my contacts. Another time I tried to access Google Classroom via my very basic flip phone, causing it to crash multiple times thereafter when trying to get online. This was most inconvenient to say the least.

The one thing that truly bothered me, though, was the lack of access to one of the most used apps on my smartphone — the news app. In school, this left me with nothing to do in study hall or between classes. Reading about current affairs is one of my favorite pastimes, with the Washington Post and the BBC being two of my favorites.

So far, all the experiences I had without my smartphone were pretty painful. The flip phone did not give me the instant touchscreen access and gratification I was used to. But, gradually, I soon found that there were many more positives than negatives on this journey.

While out on a car ride, instead of having my head down playing a game, I had the freedom to look up and see things that I never would have noticed before. Many old businesses were gone, and a few brand new ones had magically popped up out of nowhere all over Cary and Crystal Lake. I kept asking myself, “How have I not seen this before?” and “What else have I been missing?”

Another thing that I began to learn was how to really “talk” again. With texting on the flip phone being such a chore, it was soon quicker to call people. Instead of using “K” or “Ttyl,” my new experience of calling my friends and family became surprisingly enjoyable. Soon I was thinking more about what I was going to say, and felt that I was becoming a better listener.

The biggest thing that I noticed without the phone, though, was extremely clear to me: I had the time to do other fun activities that I would not have done with the smartphone in hand. Without the constraints of having to check my media handles, I instead got outside more and started to do one of my favorite things in the whole wide world again – biking. I even auditioned for and got a part in the upcoming Nightclub performance.

Now with this monthlong ordeal complete, regular internet access has resumed in the Mullins household.

My eyes have been opened to the hold that our phones have over us, leaving me to question what our electronic usage will be in the future, especially with the 1 to 1 system implemented at our school next year.

In reality, this experience did not change the technology that is in my hands, but it is absolutely IN my hands how I use that technology.