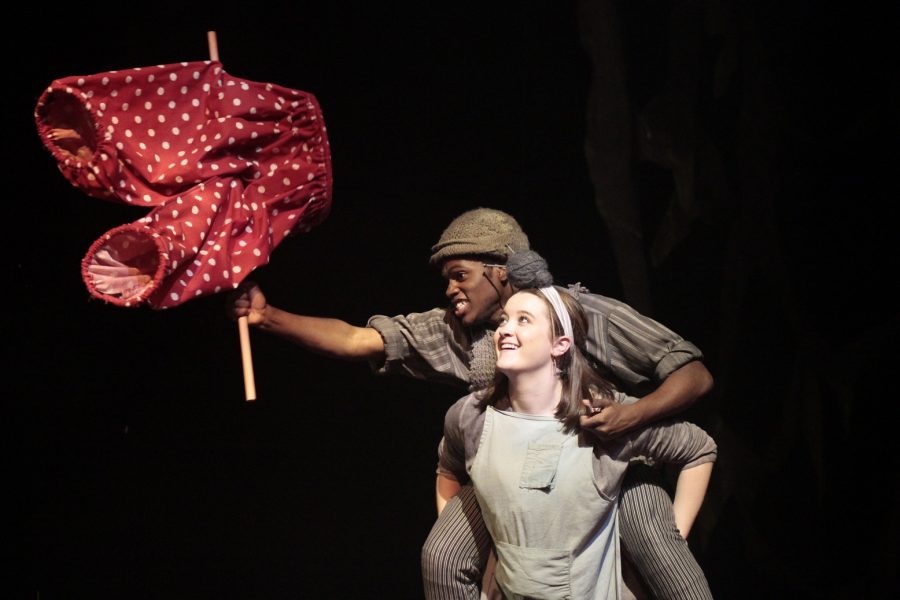 There aren’t many plays where an actor plays a pirate captain, a mermaid, a door, and a pirate ship in the period of two hours, but Peter and the Starcatcher, this year’s fall play, certainly is one of them.

Peter and the Starcatcher is the prequel to Peter Pan, providing a take on how the iconic characters of Peter Pan, Captain Hook, Smee and Wendy became who we see in the Disney movie. With daring sword fights, dramatic musical numbers, and just the right amount of humor, this year’s fall play has something for everyone.

Mrs. Whalen, the director of the show, said she fell in love with the show after she saw it on Broadway. She chose it because the show is “created to make your own.”

With little stage direction or set, it is truly a Cary-Grove show. The sound effects are provided solely by a piano, drum set and violin, as well as the underscore. This is interesting because most plays have a recording playing under the dialogue.

The show also relies heavily on actors knowing where to be and when. In just one scene, the actors not only play pirates, but a choir, a hallway, a torture chamber, and a ship.

“This is the first show where I’ve been more worried about forgetting my blocking than forgetting my lines,” junior Josie Higgins, who plays the character of Hawking Clam, said.

Junior Megan McDillon agreed that  “It’s a very hands on-show.” The actors did everything from making themselves into props and set pieces to making their own costumes. They barely even leave the stage throughout the whole production.

It’s also features music, unlike most plays. Even though it’s mostly dialogue, two notable musical numbers bring the Neverland wonder to the stage. It’s a difficult show, with the actors rehearsing from 3:15 until 6 or 7 o’clock. It’s a challenge, but it’s worth it to put on a good show.

Showing November 3-5, Peter and the Starcatcher is not to be missed.