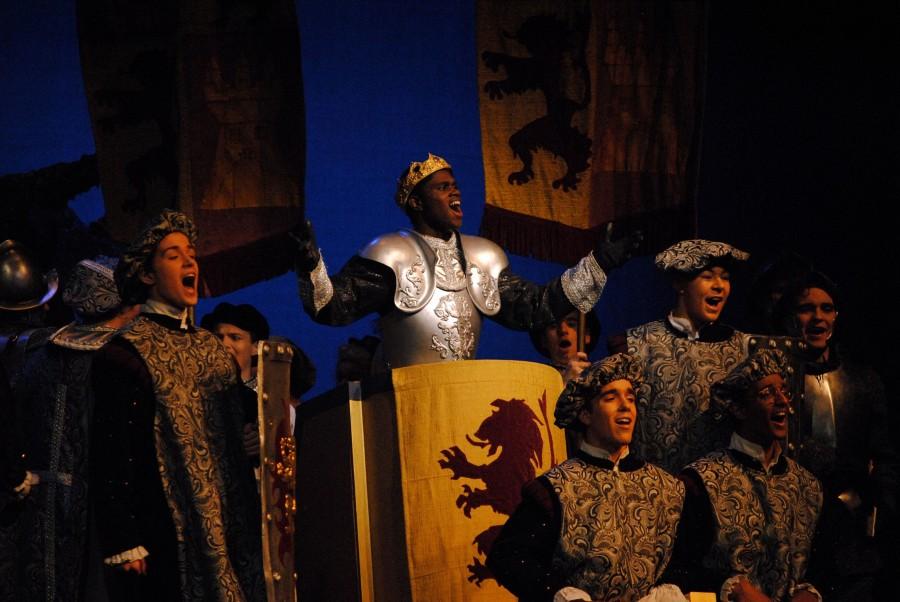 Junior Corey Barlow played the role of Prince Topher, who falls in love with Cinderella.

It’s that time of year again for one of the most popular events at Cary-Grove: the musical. This year’s musical is Cinderella and it is the first musical to be performed in the new auditorium.

Ever wondered how someone goes about picking the musical? Director Mr. Rob Boncosky decided that Cinderella would be the perfect inaugural show considering all of the important factors it presents.

“I thought a classic musical, something that would be enjoyed by all ages, families, and our community, would help us welcome our new space,” Mr Boncosky said.

Although the musical is older, it has just been added to Broadway and is now available for high schools to recreate it. It is also a little more updated than the iconic Disney story we all know.

“It feels quite contemporary, and I was excited about being one of the first schools to perform it,” Mr. Boncosky said.

“It’s such an extravagant and grand show, and so is our auditorium,” senior Evan Petrow said.

While the musical is exciting in and of itself, it being the first show in the new auditorium makes it that much more magical.

“We have so much extra space now,” said senior Kelsey Krigas, who plays the title role. “The fly space gives us the ability to fly things, which is really cool.”

How “cool” flying objects does depend on your perspective, however. For junior Haley Gustafson, who, in the role of the fairy godmother, was one of the objects flown, it took some getting used to.

“When I first went up there, I was kind of scared because I’m terrified of heights, but now it’s actually pretty cool. It’s a foreign experience,” Gustafson said.

The new fly space also allows the crew to drop scenery from above, making for easier transitions. A separate room that is the same dimensions as the stage made rehearsals easier and less cramped. According to Mr. Boncosky, there is really only one disadvantage to the new space.

“It’s a learning curve,” he said. “We’re in a brand new space, and it has its own intricacies and nuances. We’re just trying to figure out how to maximize what we have.”

Even though it might be considered a challenge, it’s a good kind of problem to have, and the cast and crew of Cinderella rose to the occasion to create a show as spectacular as the theater they performed in.

“This is a classic fairytale,” Krigas said. “Everything is beautiful and elegant and old and it’s something everyone loves.”