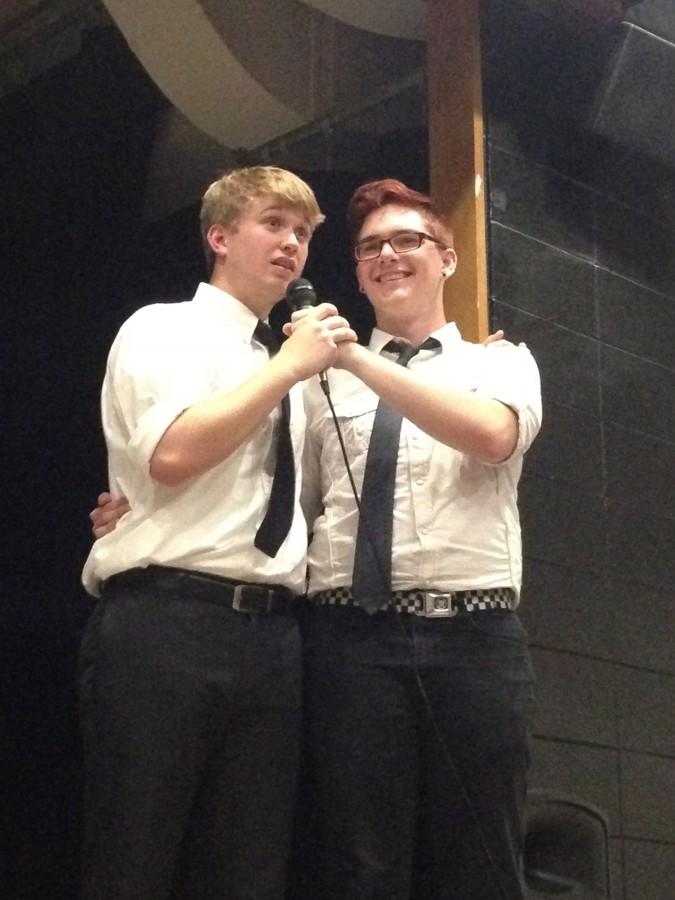 Comedy Club finished their year with the annual senior show and it was a grand finale.

Similar to their other shows, comedy club played interactive games with the audience, asking for input on elements such as occupations, emotion, actions, and location. These suggestions were then used in improv skits that had the whole room in cahoots. The casual, light environment encouraged the crowd participation, which led to even more laughter among viewers as well as performers.

The club really put on a show that everyone could enjoy. C2 was overflowing with everyone from teachers and students to parents and families and even alumni, all of whom were highly entertained.

Although the show highlighted seniors, everyone had their moment on stage. Musical acts, stand-up comedy, comedic games, and a whole bunch of improv skits were all featured in the back-to-back shows.

With jokes focused on everything from gender stereotypes to high school annoyances and even multiple innuendos, there were few moments that passed without laughter.

The show had structure, making the whole night even more enjoyable. Their grasp on scene progression gave the performers a more professional way of showcasing their talents. The show was also run in such a way that seemed to be purely student-based.

That’s not to take away from all of the hard work that Mr. Neff and Mr. Wisser, the club sponsors, put into the show, but from the audience’s perspective, the kids really ran the program. Without formal introductions or instructions, you really got to see your peers doing what most of them love the most: making people laugh.

Graduating seniors will be missed, but not for too long. Every show brings alumni back on stage to reminisce and keep the crowd laughing. That’s another aspect of Comedy Club that sets them apart from traditional performing art shows: A whole array of C-G students, present and past, from ages 14 to 24, get up on stage, have fun and interact with each other. The closeness that their final game portrays shows the audience just how much the comedians enjoy what they do, and the people they do it with.

But as for how these kids are so good at their on-the-spot jokes, the world may never know.