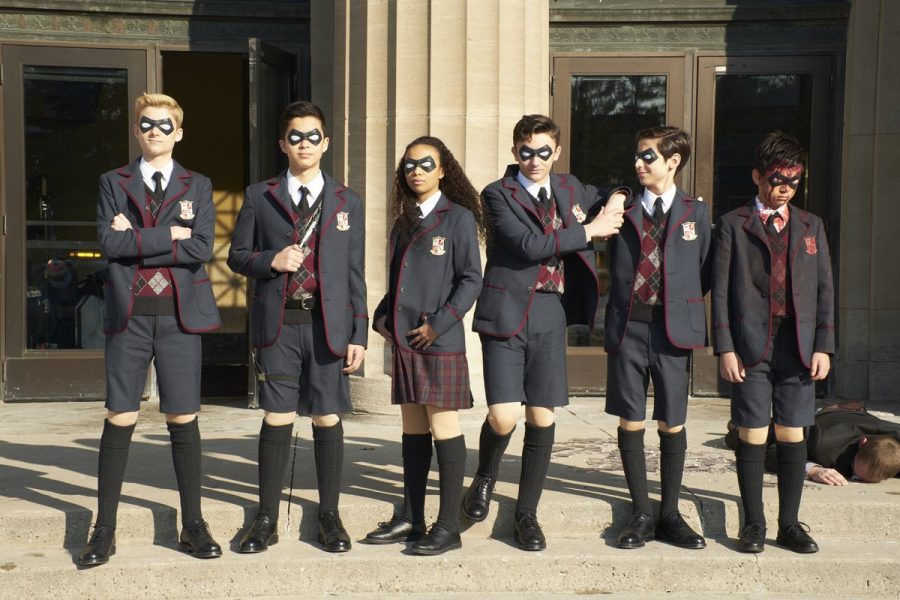 Netflix is rebooting old shows left and right. Voltron, She-Ra and Carmen Sandiego are all Netflix-exclusive updated versions of our parents’ favorite TV shows. It’s great that kids growing up nowadays can share some entertainment experiences and preferences with their parents. Even if you’re not a kid, the animation is spectacular and the storylines aren’t too elementary. Netflix recently confirmed that Carmen Sandiego season two is coming, so if you want to be prepared for that, watch the first season.

Carmen Sandiego (Gina Rodriguez) is the titular character of the show (obviously) who goes around the world trying to stop the crime organization she grew up with. Every organization with an abbreviated name is out to get her: INTERPOL, VILE and ACME. Carmen escapes by the brim of her hat on every expedition, with the help of Player (Finn Wolfhard), Ivy (Abby Trott) and Zack (Michael Hawley). The character designs are spectacular, and you can tell a lot of love went into every aspect of Carmen Sandiego.

People love a good mystery. The Hollow is the story of three kids who wake up in a bunker and go on a quest to find out who they are and why they’re in their current situation. My friend put this show on my list, and who was I to say no? Though I’m not one for puzzles or escape rooms, this show keeps me interested with its story. Every episode ends with a cliffhanger, so it’s best to watch only when you don’t have important work to do later.

At every turn, Adam (Adrian Petriw), Mira (Ashleigh Ball) and Kai (Connor Parnall) are propelled into danger and use their critical thinking and special abilities to survive. The animation and worlds of The Hollow are picturesque, and each scene is well-done, especially the fight scenes. Each aspect of their journey is well-chronicled in neat, twenty minute segments, but going in depth into their quest runs the risk of spoiling the whole show.

Originally, Umbrella Academy started as a comic book series, created by lead singer of My Chemical Romance, Gerard Way. I’ll admit, the banners and ads on Netflix don’t show how appealing this show really is, but just give it a try. Gerard and his team are still working with Dark Horse Comics to continue developing the story and universe of Umbrella Academy, and eventually adapt a second season to the small screen.

43 children were born on October 1st, 1989, all to women who had not been pregnant before that day. Eccentric billionaire, Reginald Hargreeves, succeeds in adopting seven of them and raising them as his own. They all converge back to the Academy they were raised in after their father’s mysterious death. This news brings them together to find out what killed their father and to band against impending danger. Recreated as a live-action adaptation fairly true to the comics, Umbrella Academy is truly one of the best shows out on Netflix right now with its astonishing special effects and eccentric, off-the-wall plot.