Why is anime so misunderstood? 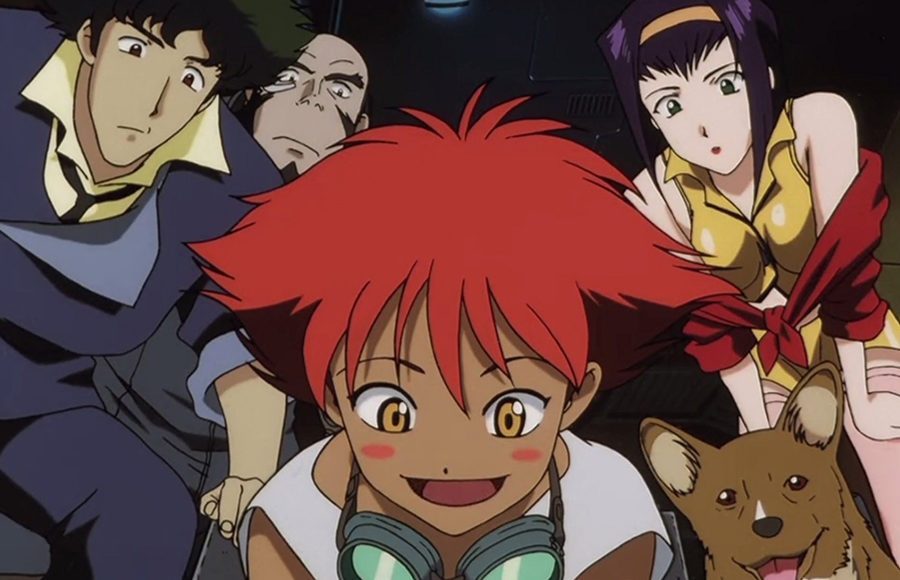 Anime is trash. You’ve probably heard this phrase uttered in the halls of Cary Grove, whether the speaker actually meant it or not. While the genre is gaining popularity in the United States, some are seen as cool for liking it, while others are deemed outcasts.

Titles like Naruto, Dragon Ball Z and JoJo’s Bizarre Adventure are commonly referenced in internet culture, whether you notice it or not. Students running through the halls, leaning forward with arms outstretched behind them is a reference to the unconventional way of running the titular character of Naruto performs.

Many rappers reference Dragon Ball Z in their tracks, as seen in “My Shine” by Childish Gambino and “Cross Roads” by Chance the Rapper. The “To Be Continued” meme, featuring the song “Roundabout” by progressive rock band Yes is taken from the ending of JoJo’s Bizarre Adventure in season one.

Obviously, there are many more references and internet jokes surrounding the genre of “chinese cartoons,” as dubbed by some, but it would take a long time to discuss each and every one of them.

Like most animated television shows in America, animated shows in Japan come from a wide variety of genres. You wouldn’t compare BoJack Horseman to SpongeBob SquarePants, so why would you compare Cowboy Bebop to Love Live?

Besides the fact that they are both created using a similar technique, they have almost nothing nothing in common. Friends and Grey’s Anatomy are both TV shows filmed using people, but it is hard to compare the two, even though they are created with similar techniques.

Some shows are more accepted than others. If you’re a senior and a fan of idol-type anime, that is deemed less socially acceptable than being a senior and liking Dragon Ball Z, even though both shows are aimed towards a younger audience.

It’s a reflection of entertainment in America, where people who like “girly” shows are less accepted for having that interest than those who like more manly and classic shows. That’s the way society works for the time being, no one knows who set the rules but we still play the game.

Another reason why there is a certain air of shame surrounding the enjoyment of the genre is due to the ignorance of others who have not been fully informed on the topic. All it takes to learn more is to click a few links on the history of anime and to watch the first few episodes of Death Note or something. This sentence contains a hyperlink that will take you to a Wikipedia article on the history of anime.

Many people appreciate the aesthetic value of eastern animation styles, this can be seen in the “v a p o r w a v e” subculture, where videos that accompany music of this genre will often include snippets of 90s shows. YouTube channels like Artzie Music display this theme, with looping gifs from Sailor Moon or other nostalgic shows playing along with the music.

People may also don garments with anime-style art because they think the art on it is cool without knowing where it is from. This can make one seem cool without being labeled as a “weeaboo,” which is a derogatory term for a person who likes this style of animation. However, fans may use this term endearingly when referring to their friends, if they have any.

Perhaps part of the stigma that is associated with the enjoyment of foreign media is the community of people who like it as well. In my experience, there has been a far larger concentration of “weirdos” in anime fan-bases than from other fanbases.

Of course, this could be a result of naivete on my part, since I have come across more fans of anime than, say, drama shows, but it still goes to show that some people do not know how to behave. There very well may be groups of fans more rambunctious than the anime community, but I have yet to come across those people.

Another part of the stigma may stem from a lack of knowledge on the topic. Some people correlate the enjoyment of anime to the enjoyment of mature film, which may be true in some cases, but is not the standard. That’s not to deny the existence of fans of the genre that revel in the nasty parts, but there is a far larger audience of fans who stay away from those parts and those people.

Senior Bella Smith first got into the genre of anime in sixth grade.

“I feel like it has a bad representation towards people who don’t know what its about,” she said. “I personally like it a lot because it’s another form of art and media that tells stories.”

Sophomore Casey McMannaman also got into anime in sixth grade.

“I think it’s too criticized as, like, a weird culture,” she said. “You shouldn’t be criticized for enjoying it, it’s just like any other regular TV show.”

Sophomore Allison Kobyleski first got into it when she was seven or eight.

“You can enjoy it or not, but it’s not something that should be taken too seriously,” she said.

It’s a bit unfair to categorize hundreds to thousands of shows into one group based on animation style and place of origin. As a casual consumer, I only like two shows: Cowboy Bebop and JoJo’s Bizarre Adventure. I haven’t made much of an effort to watch more shows past the first few episodes.

I’m not fully immersed in the Japanese culture, but I like most Japanese food and respect those who live there. Of course, being someone who watches anime, I would say there’s nothing wrong with doing so, but everyone is entitled to their own opinion on the topic.

Many kids get into the style of animation through being exposed to Yu-Gi-Oh! And Avatar: The Last Airbender on kids’ channels, and expand their tastes and appreciation later on. In America, the esoteric genre has a small audience. Chances are, if you ask any Cary-Grove student if they like anime, they will say no because it’s somewhat of a “nerd-y” thing, like Dungeons and Dragons.

No person should be judged for liking a certain kind of entertainment, nor should they use that enjoyment as a defining characteristic of their personality. Whether you belong to the anime community or not, we are all a community Cary-Grove students. High school is tough for all of us, and it shouldn’t be made harder on someone else for liking something so trivial as foreign animation.