‘Ready Player One’ not just for gamers 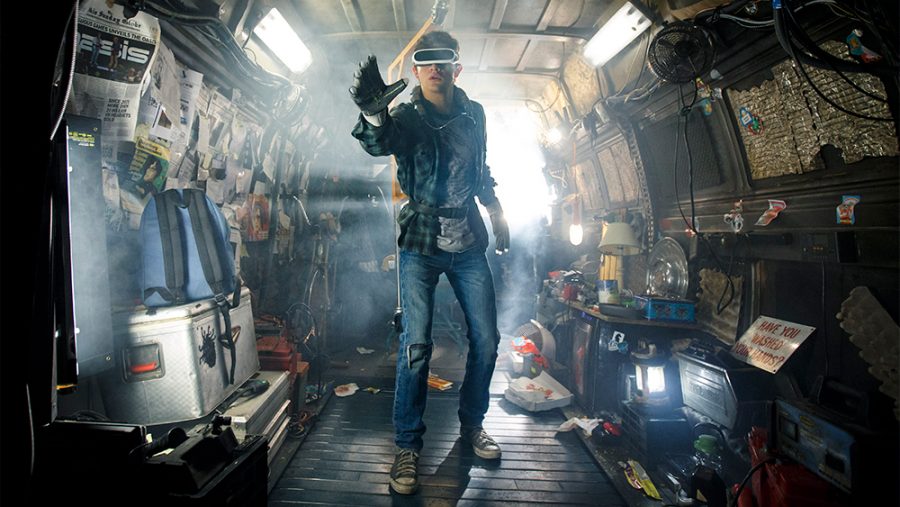 When people think of gaming they can either think of people yelling at each other through a microphone or they can think of someone sitting on their couch casually playing a game on their TV.

Neither of these stereotypes are shown though in the movie Ready Player One. The movie is not just about video games but about why people play the games.

The movie’s plot is generally straightforward and has some exposition here and there through interesting inventions and well placed flashbacks. The plot is about a boy named Wade Watts in a overpopulated world filled with people and technology.

Wade, along with most of the world, chooses to spend most of his spare time in a virtual world called the oasis, created by James Halliday in the movie.

In the movie it begins with the death of Halliday and the start of a race. The race is for a secret in the game, or as gamers would call it, an easter egg.

Wade’s story starts years after Halliday’s death and no one in the entire game has not gotten a single clue as to where to easter egg is. The story continues as Wade starts to get clues after a breakthrough.

The movie itself is very special effects heavy and is filled with different characters from video games and 80’s culture. Ready Player One is a movie for the people who lived through the 80’s or for just people who thought the 80’s was a interesting time to live in.

Some of the culture includes The Shining, several modern video games like Overwatch, The Iron Giant, and many other things.

The movie, overall, is a nice movie to watch but it is not quite a masterpiece and is not really bad. So, people can still think of gaming as people screaming at each other or as the one man on his couch, or they could think of the people who just want to play.