‘Sing Street’ right up our alley 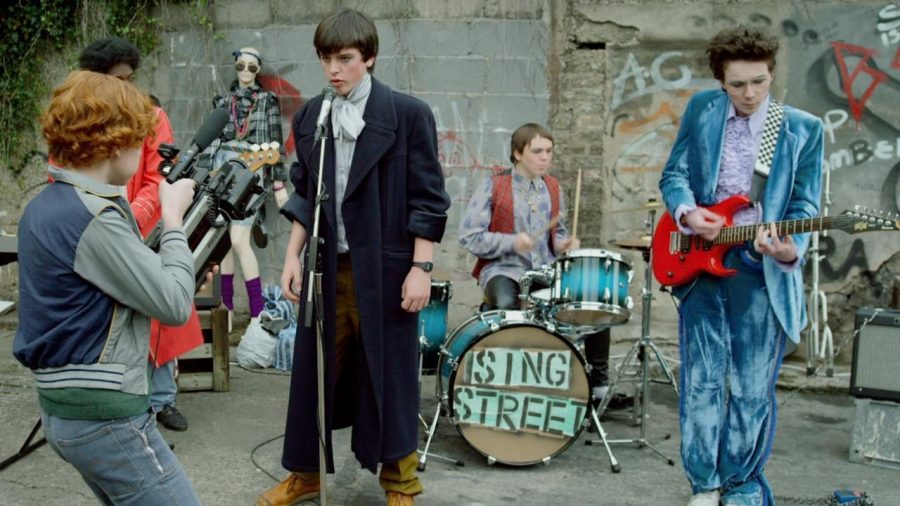 It was another Friday night, usually a happy evening, but not this time. There was one thing keeping my evening from being what it was meant to be for me and my family: the terrible struggle of finding what to watch on Netflix.

A comedy? A horror? A Netflix Original? Chaos soon erupted in the Mullins household.

With everyone having a differing opinion on what to watch, we were extremely constricted on what to spend our valuable time on.

At least until my mother found Sing Street, a inspiring new drama that had five stars out of five in our watch list.

She, arguing for her side, stated that it should be good due to it having that high of a rating.

My father and I, of course, were skeptical of this argument, with each of us wanting our own choices of entertainment.

Nevertheless, after much dismay, Mum finally made us be quiet and snapped the remote off me and started to play this movie we were so conflicted on.

Was my side of this battle for TV dominance the victor? Or did we succumb to this movie’s charms?

Sing Street, directed by John Carney, is a classic love story at its finest, set in the intriguing backdrop of Ireland in the 1980s. The flick’s main character, Conor, who is played by rising star Ferdia Walsh-Peelo, tries to win the heart of the love of his life, Raphina, played by British actress Lucy Boynton, by forming a band and creating music videos for her to star in.

While doing so, he faces multiple struggles, from dealing with his family to his sudden change in schools. From these ups and downs, however, he finally discovers both himself and the world around him through a new lens.

After watching these conflicts unfold through this masterpiece, I was soon won over by the movie’s charm and overall tone. The movie draws in watchers by providing both an original, amazing soundtrack AND by giving viewers a taste of one of the most cynical – yet wonderful – plots I have seen in a very long time.

The soundtrack, which features tons of 80s keyboard riffs and a vibe of the pop-rock that made the era what it was, adds a sense of nostalgia for parents and the feeling of being “born in the wrong year” for people our age. The track “The Riddle of the Model” brings this out especially, taking roots from greats such as Duran Duran. Accompanying this is a story that leaves the viewer wanting more.

Another great thing I saw – and heard – out of Sing Street was the amazing dialogue between the characters. Brendan, who is played by actor Jack Reynor, has multiple moments stating his rebellious, almost out-of-this-world ideas throughout the movie.

When talking about his mum, who really was at the forefront of a terrible marriage, he describes her while she was relaxing on the outside of their house: “Look at her. She races home every evening just to catch that little bit of sun, have a cigarette and read her papers. She’s always talking about going on a holiday to Spain, but he never takes her. That’s all she gets. Then that tall tree blocks it, and she comes in. I often wonder what she’s thinking about.”

Deep quotes such as this one that are delivered from all members of the cast – from the main characters to even secondary actors – add a certain flair to the movie that sets it apart from other flicks in its genre.

But, if anything can be taken out from this movie it must be its unique, cynical view on relationships in general. In the story, Conor tries to win over the heart of a girl as in many other movies. But, what he learns on the way changes him in many ways, leaving him to open his mind towards the feelings of “happy sad,” as Raphina called it, in both his songs and in his view of the world as a whole.

Fighting for her heart, the teen faces many hard situations to cope with, all of which can only truly be experienced by viewing the film. How the movie deals with these situations and experiences offers a bewildering, but realistic window into teen life in the 80s and realizations that even today’s youths can relate to.