‘Dr. Strange’ a film for fans 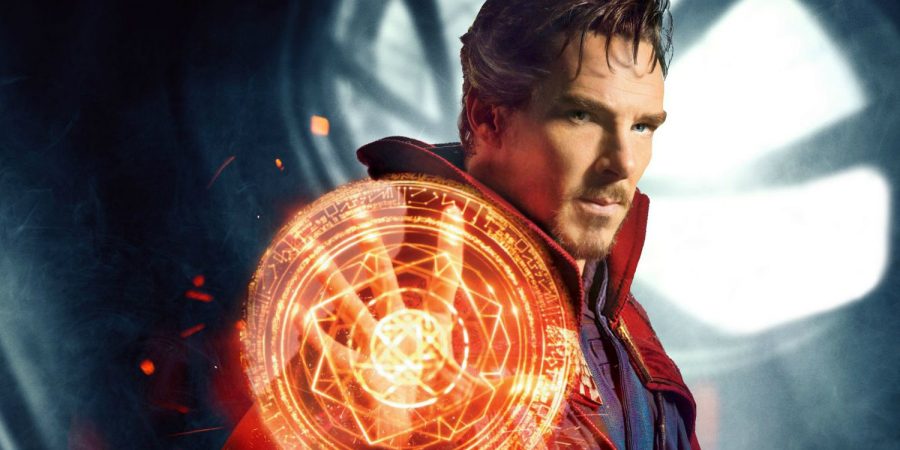 Just the thought of the studio and their works brings up ideas of quality superhero movies (besides the second and third Iron Man movies).

This brings up a question: does Dr. Strange, Marvel’s latest and supposedly greatest, live up to the standards of both loyal fans and casual viewers alike?

FOR FANS (WITH SPOILERS!!):

For lifelong fans of the franchise, I would say that this masterpiece delivers.

Though many Marvel fans may overlook this character, others have grown to love him. Many say his no-nonsense work ethic and his pure desire to help others bring him out from the other spandex-clad supers, such as the mindless Hulk who just smashes things for a living. Instead, unlike the angry green giant, he focuses more on complex situations and how to use his mind to get out of trouble and better humanity.

As fans may hope for, the movie does stick to the books rather well. Benedict Cumberbatch portrays the character amazingly well, showing his struggles with the magic arts fluidly and with vivid emotion.

The movie also includes fan-favorite mystic weapons. The Cloak of Levitation, for example, comes to Cumberbatch later on in the story and gets as much love as it should. It helps Strange defeat his foes in many situations and provides many chuckles while doing so (which I will definitely not spoil for your viewing pleasure).

The movie also does what Marvel does best in its movies: the special effects.

As fans know, Strange’s powers come from the mystical arts. In this movie, they are represented in the light that they should be. With their famous movie magic, Marvel has spruced the spells the doctor produces, making them leap off the books the fans have grown to love and into the limelight of Hollywood as fluidly and efficiently as it should be done. In doing so, the film definitely has more credibility for lovers of both the franchise and the movies in general.

The inclusion of one of Strange’s biggest baddies, Dormammu, as the movie’s main villain who is pulling the strings

in the background earns some more credibility from the Marvel fanbase as well. Even though he does not look the same as in the comics (see the image to the right), the FX department of Marvel studios did still create a menacing foe that relates to the comics (and to the memories) of those who did put their time into the stories of Strange.

Lastly, for those who have been watching all of the Marvel movies to date, this flows as perfectly as it can. Comparing it to other films, this one is very plot-driven, yet it pushes through the material moderately well for fans.

Throughout the movie, Cumberbatch portrays Strange’s mental level and how it shifts from left to right, from good to mildly evil. From the start, the doctor WAS in fact an actual doctor that focused on himself and how he can both save lives and also end them, taking to “playing god” with his patients.

However, through his mystical journey, he slowly shapes his views from this into being a lot more caring to the people around him, making him almost sacrifice himself for the greater good at the end of the film in his fight with Dormammu. This is definitely a plus for those who want a little bit more from our superhero films than just pointless action scenes.

However, I would not recommend this movie for those who have no experience with this material, so maybe leave those who do not grasp the previous info behind on this magical experience. For Marvel fans, however, this movie is just what the doctor ordered.

5 Mystic spells out of 5

FOR AVERAGE VIEWERS (WITHOUT SPOILERS)

For the average viewer who does not know much about Marvel lore or anything superhero-related, I strongly do not recommend going to see this mystic movie, for it would truly be a very “strange” outing for you.

Though it is fun at parts, and has stunning FX throughout, if one is not a huge fan of exploring the meaning of internal conflicts, I would say that there is little for you to see and react to in this movie.

Unlike most Marvel movies, this movie focuses heavily on plot development, showcasing the doctor’s personal struggles and mental capabilities and how both of these attributes develop throughout the course of this work. In doing so, it takes a lot from the comics, with many aspects of the movie being reliant on previous knowledge of the subject.

Dr. Strange’s powers come from learning with his photographic memory, and, unlike many other superheroes, does not beat everyone up and ask questions later; he evaluates and gathers knowledge.

This may be rather tedious for many who enjoy movies such as Captain America: The First Avenger, for example, since this film does not offer a simple moral or offer some major fight scenes within itself. This movie instead focuses on the psychological, which can be rather disappointing for the average moviegoer looking for action.

Fans of Benedict Cumberbatch will be pleased to a degree, but without knowledge of the content, his efforts are rather limited as well. He plays the character of Dr. Steven Strange flawlessly, showing the man’s struggles fluidly, yet fails to develop the character to be open to interpretation of those new to the genre. His backstory that explains why he is what he is contains rather vague details only a diehard fan would know and elements that play key roles in the film and are not explained that well.

Most of the movie is the development of the superhero and, while that gives credit to the character — a must for many fans — may leave many wondering where the action is. So I would recommend that — to give the movie as much love as it should get — read a few of the comics, or just go read up on his Wikipedia page to understand how Strange is who the man he is.

If you don’t want to do that, give this movie a pass, plain and simple. It’s pure fan service to the character, so, without knowledge about him, the movie serves little purpose.

Perhaps waiting to get the movie from Redbox is the appropriate prescription for this doctor.

GARETH’S SCORE:
3 MAGIC SWIRLS OUT OF 5